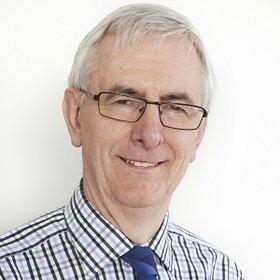 Jonathan became Chair of the Trustees of the Foundation in 2019. Since 2010 his principal role has been as Warden of Keble College, Oxford. His earlier career was in the Civil Service, beginning in the former DTI group of departments. He moved to the Northern Ireland Office in 2002, first as its Political Director, working on the peace process, and subsequently as permanent secretary. He is currently also a board member of the charity Co-operation Ireland, a trustee of the Oxford Philharmonic Orchestra, Chair of the Trustees of Schola Cantorum and of the Oxford Bach Choir Support Trust, and Chair of the Visitors of the Pitt Rivers Museum.