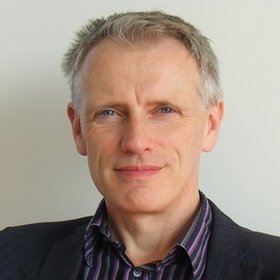 Director of Creative, Confident Communities and A Fairer Future

John is responsible for funder collaborations, overseeing development of the future funding pipeline and working with the team to ensure a consistently high standard of funding.

John has worked substantially within the voluntary sector, plus additionally two years at a commercial consultancy. He was originally a lawyer with Cardiff Law Centre before moving to Advice UK where he managed the London regional development team and oversaw policy in the field of publicly funded advice work.

John is Chair of the Association of Charitable Foundation's sub-group on Northern Ireland which creates closer links between funders on both sides of the water.